Date：2018/06/06(Wed)
On June 6th, Mr. Teruo Asada, Chairman of Marubeni, who is also acting chairman of the British Market Council (hereinafter, “BMC”)* held the 55th Board of Directors Meeting, the 46th Ordinary General Meeting and a convivial party for the BMC at the British Embassy in Japan. Among those participating in the meetings were Mr. Chris Heffer, councilor, Director of Trade and Investment, Mr. Koizumi, Director, Trade and Investment Facilitation Division, Trade and Economic Cooperation Bureau, Ministry of Economy, Trade and Industry; all agenda items were passed.

Traditional Japanese drum performance were on display at the convivial party which also featured speeches conducted by H.E. Mr. Paul Madden, British Ambassador to Japan, Chairman Asada, and Mr. Higuchi, President, Manufactured Imports and Investment Promotion Organization (MIPRO). More than 100 guests, both members and non-members of the BMC, were received at the event and a wonderful time was had by all.

* The BMC is a private organization that was established in 1973 with the aim to "contribute to establishing and maintaining sound and stable trade relations between the UK and Japan." As of the recent Ordinary General Meeting, the BMC has 71 member companies and organizations, including five general trading companies ("sogo shosha"). The BMC will continue contributing to the expansion of bilateral trade through its various activities. 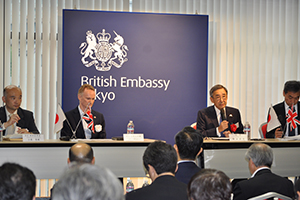 Ambassador Madden delivers a speech at the convivial party 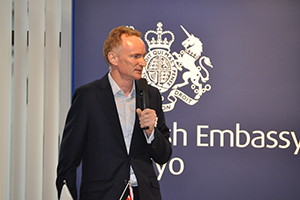 Councilor-Director Chris Heffer delivers a guest speech at the meetings 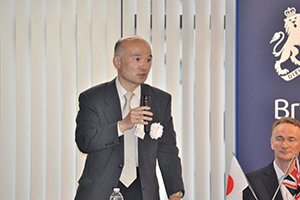 Director Koizumi delivers a guest speech at the meetings 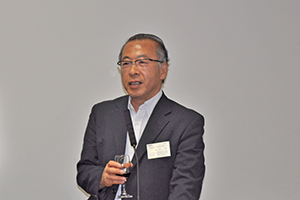