Among those participating in the Seminar were Mr. Chris Heffer, Councilor, Director of Trade and Investment and other BMC members, Mr Tetsuhide Mikamo, Advisor of Marubeni Research Institute addressed a speech about ''Destabilization of the international situation and Brexit''.

At the convivial party speeches were delivered by Chairman Asada, Chairman Mr Motoyasu Sano, Sano Educational Foundation and Mr Yasuhiro Murata, President, British Hills. 35 guests, both members and non-members of the BMC, were received at the event and a wonderful time was had by all. 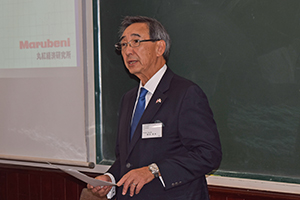 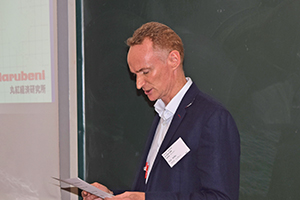 Councilor-Director Chris Heffer delivers a guest speech at the Seminar 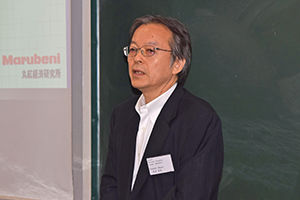 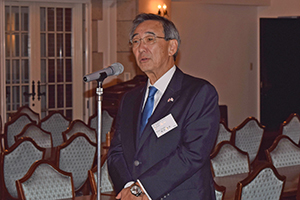 Chairman Asada delivers a speech at the convivial party.